London, United Kingdom (14 February 2018).  Her Excellency Ms Perla Perdomo presented her credentials as Belize’s first Permanent Representative to the Food and Agriculture Organization (FAO).  This was done in a ceremony at the FAO headquarters in Rome where Permanent Representative Perdomo presented her letter of accreditation to Jose Graziano da Silva, the Director General.

Her Excellency Perdomo and the Director General discussed the possible areas of future cooperation with the FAO which includes water management for agriculture, agricultural mechanization for medium and small farmers, agro-processing as well as the use of technology to aid farmers.

Mr Jose Alpuche, CEO in the Ministry of Agriculture, accompanied HE Ms Perdomo to the ceremony.  During their visit to the FAO, HE Perdomo and Mr Alpuche had a series of meetings with high level officials to discuss next steps for cooperation.

It is anticipated that these meetings will result in a visiting mission to Belize and formal letters of request for projects from the Government of Belize in line with FAO and Belizean priorities.  Her Excellency Perdomo also extended an invitation to the Director General to visit Belize in the near future.

Belize joined the Food and Agriculture Organization in 1983 and has had a long history of working with the FAO on over 85 projects and programs focusing on a variety of issues including agriculture policy, capacity building, advocacy and resource mobilization. More recently, FAO’s assistance to Belize’s agriculture sector has focused on market access expansion and trade.

HE Ms Perdomo commented, “Having a Permanent Representative to the FAO will open many more doors for the Belizean agricultural sector.  I am pleased to see Belize take its place at the table and I am honoured to have the confidence of the Government of Belize as the Permanent Representative.   In addition to the Presentation of Credentials ceremony, the visit to the FAO was significant because I had the opportunity to sit in on technical meetings with the CEO and we were able to engage the Director General in meaningful discussions on how to strengthen cooperation with the FAO”.

The FAO is a specialized United Nations Agency with a mandate to raise levels of nutrition and standards of living, to improve agricultural productivity, and to better the condition of rural populations.

HE Ms Perdomo is also High Commissioner for Belize to the United Kingdom of Great Britain and Northern Ireland as well as Ambassador of Belize to Ireland. 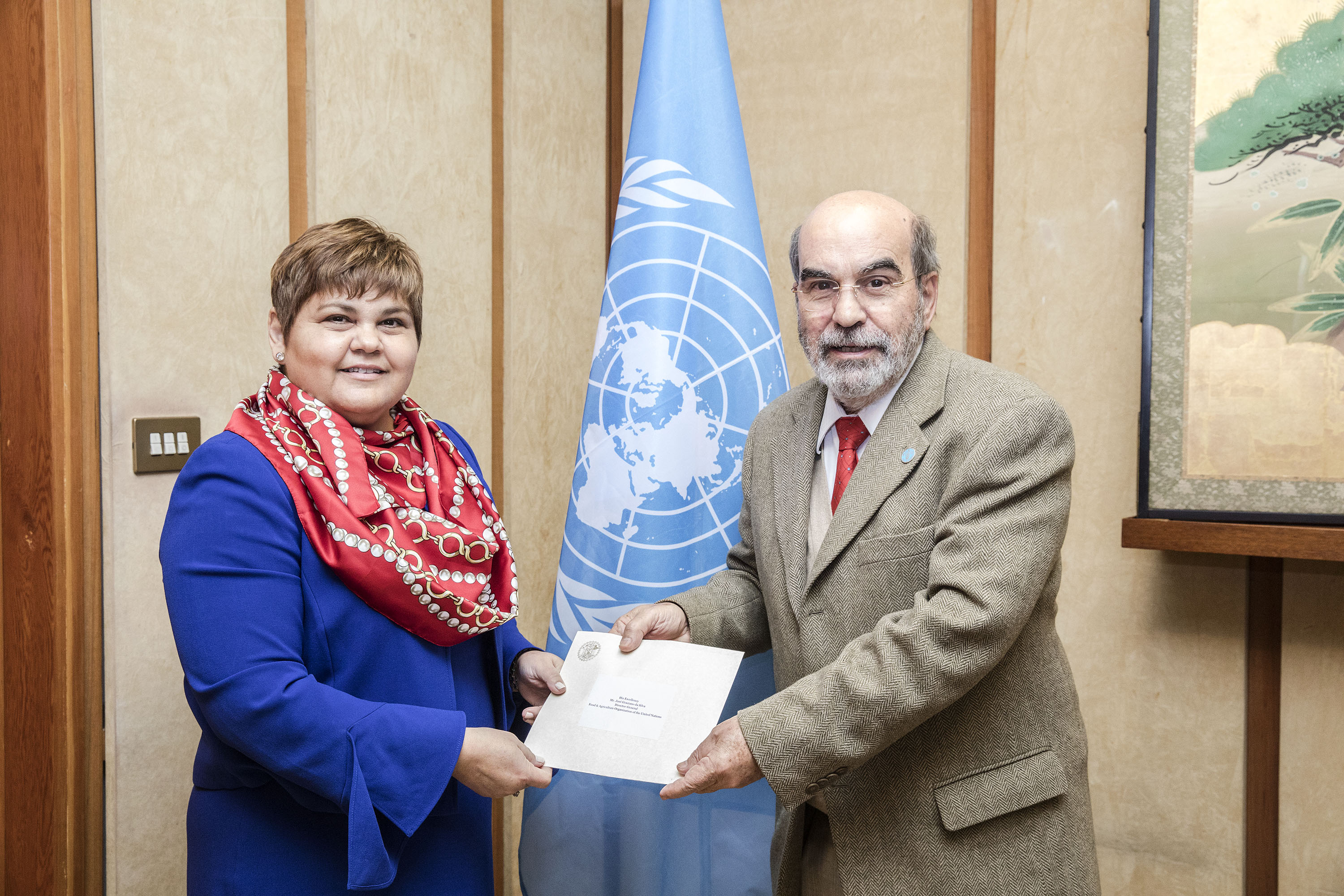