The revised Agreement sets out the new legal framework within which personnel of the United Kingdom Armed Forces will operate while in the country. A number of revisions have been included to give balance to the Agreement, and to provide for an equitable approach, where appropriate, in the application of the Agreement. This is the first revision of the Belize-UK SOFA since the original in 1994, supplemented by a subsequent Exchange of Notes in 2004, which covered international training activities.

Over the past year, a technical team of representatives led by senior officers in the Ministry of National Security, which included the Attorney General’s Ministry and the Ministry of Foreign Affairs, collaborated with members of the UK Technical Team which was led by the UK Department of Defence and included the High Commission to Belize and the British Army Training and Support Unit Belize (BATSUB).

The revised agreements provide for a strong platform for increasing activities of UK forces in Belize which should take place in the near future, and for the continued strengthening of the partnership between the two countries.

The signing of the Agreement took place at the Ministry of Foreign Affairs Office in Belize City. 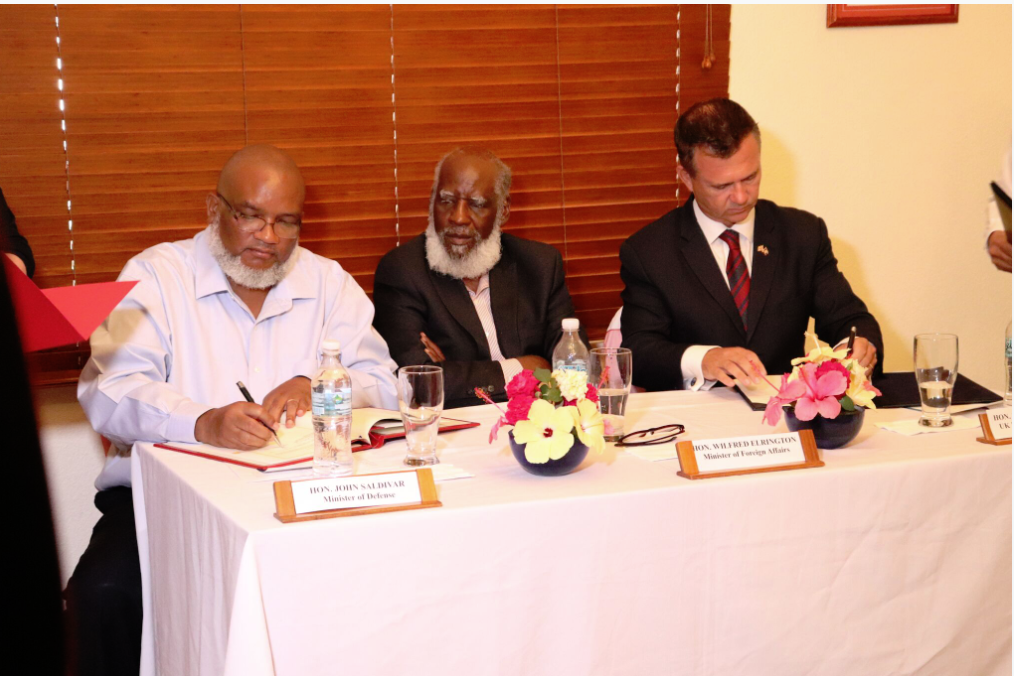